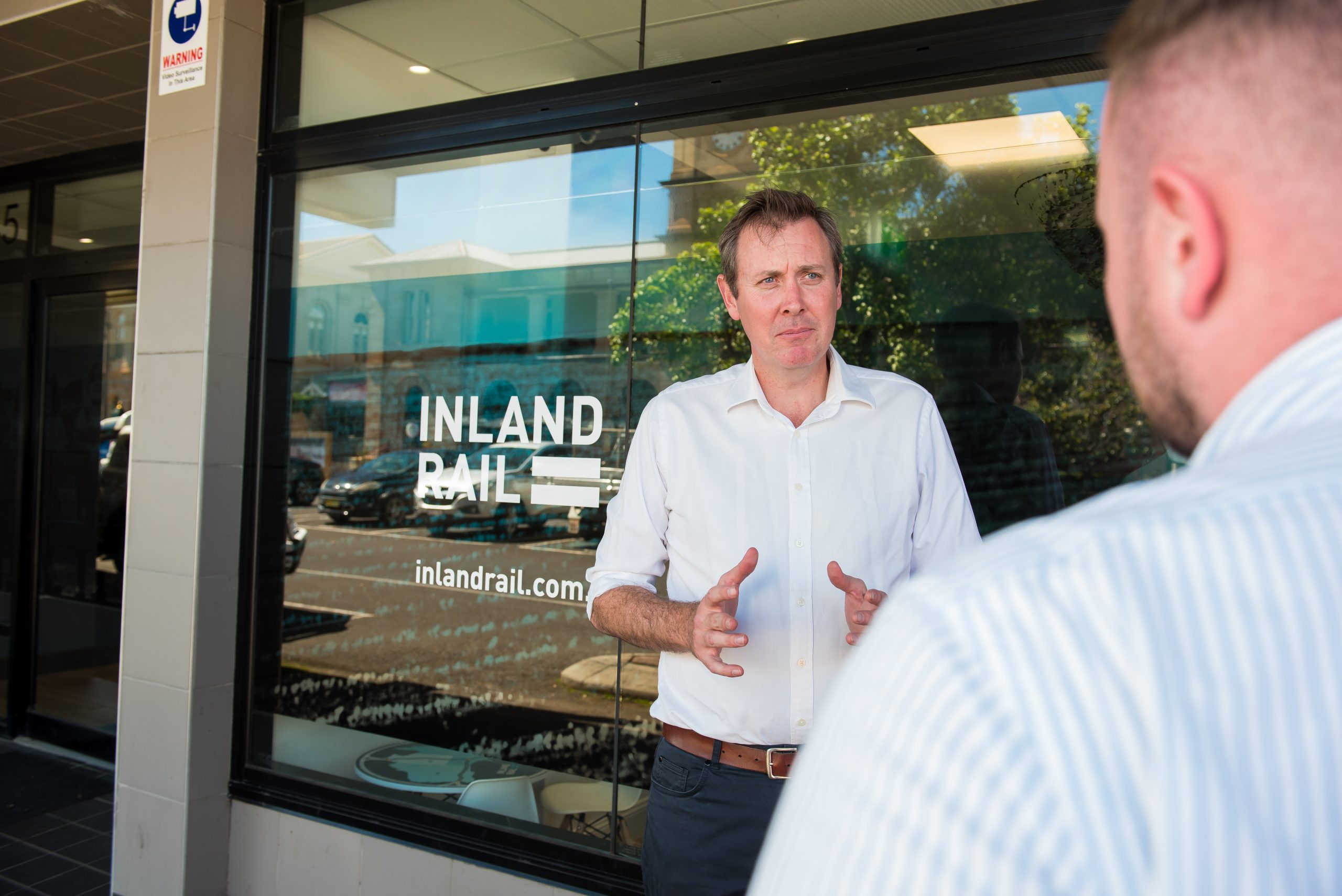 The Morrison-McCormack Government today announced enhancements to deliver a safer and more efficient Inland Rail, to support economic growth and jobs in Queensland.

Federal Member for Groom, Garth Hamilton welcomed the announcement, saying the additional investment would back thousands of extra jobs and billions in additional economic activity.

“By undertaking the major enhancements to the planning, design and delivery of Australia’s largest freight infrastructure project, Inland Rail will be stronger.

“Improving the design of Inland Rail is a boon for jobs and economic growth in the Toowoomba region. Every dollar our Government invests in Inland Rail is a dollar spent for the benefit of our community, to help rebuild the economy, create jobs and support businesses.

These enhancements are a result of significant work by the Australian Rail Track Corporation (ARTC) to progress designs, to engage with communities and undertake the detailed analysis required to progress the project.

The Deputy Prime Minister and Minister for Infrastructure, Transport and Regional Development Michael McCormack said the enhancements would lead to a safer and more efficient Inland Rail as well as deliver significant benefits for regional communities, businesses and jobs.

“Inland Rail is a jobs bonanza. It’s already supporting thousands of jobs, has already started to generate billions in economic activity and will eventually lead to a boost of more than $18 billion Gross Domestic Product during construction and in the first 50 years of operation,” the Deputy Prime Minister said.

“These enhancements will provide for greater local investment, mean Inland Rail will now support more than 21,500 jobs at the peak of construction and deliver an extra economic boost of $2 billion.

“Australian communities and industries have asked for more from this national infrastructure project and we have listened.

“These enhancements to the Inland Rail network will deliver more contracts for local businesses and more work for Australians at a time when we need them most,” Mr McCormack said.

Mr Hamilton said the economic opportunities of Inland Rail would be great for growth in Toowoomba and businesses of all sizes would benefit from the construction of Inland Rail.

“We know that Inland Rail means jobs, it means economic activity and it means an opportunity for our region to not only recover post-COVID but also grow.

“This is the biggest freight transport project ever delivered in Australia and it will be the ‘spine’ of the national freight network, helping to address our growing freight task,” Mr Hamilton said.

Enhancements will be made possible through an additional injection of up to $5.5 billion of equity into ARTC.