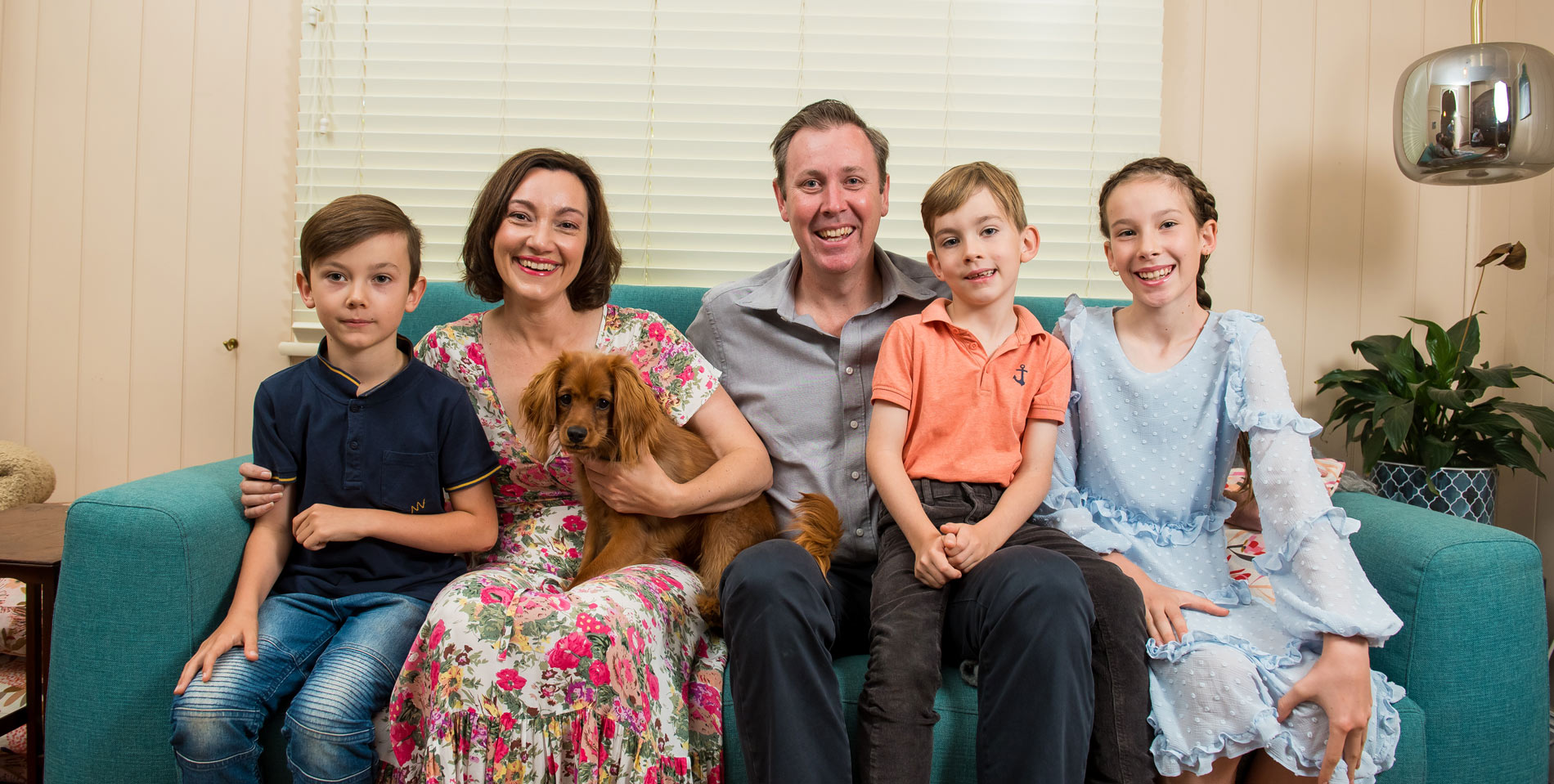 His father was a concreter and Garth says some of his happiest memories are helping him pour slabs and driveways throughout Queensland’s growing communities.

Garth earned a scholarship to Ipswich Grammar School before following his passion for building things, studying engineering at the University of Queensland.

Garth has since worked on significant projects across the world.

He’s had responsibility for delivering major water infrastructure, rail and sporting facilities in Saudi Arabia; Tube stations and an airport terminal in London and mining projects in Western Australia.

He has also been responsible for leading organisational change in Racing Queensland, which has led to more infrastructure in regional racecourses including at Ipswich Race Club.

Recently, he’s overseen research to improve the productivity of our mining industry.

His wife Louise brought Garth back to her hometown of Toowoomba, where they are raising their three children, Adeline, Everard and Claude.

Garth is a committed volunteer, including as a coach at South Toowoomba Junior Rugby Club. He is as passionate about teaching kids sportsmanship, as he is teaching them skills.

Inland Rail will deliver faster and cheaper freight for farmers, while making Toowoomba a freight and logistics hub, bringing significant economic benefits to the region.

While Garth is no longer a kid pushing a wheelbarrow, but an accomplished professional, he still “gets excited about building things”. He is committed to rolling up his sleeves and ensuring a bright future for the Toowoomba region.

Most importantly, Garth knows we face a huge challenge supporting the local economy and local jobs as we recover from COVID-19.

Garth is the Toowoomba regions strong voice in the Morrison Government and with the community’s support, he will fight for the region and its future.