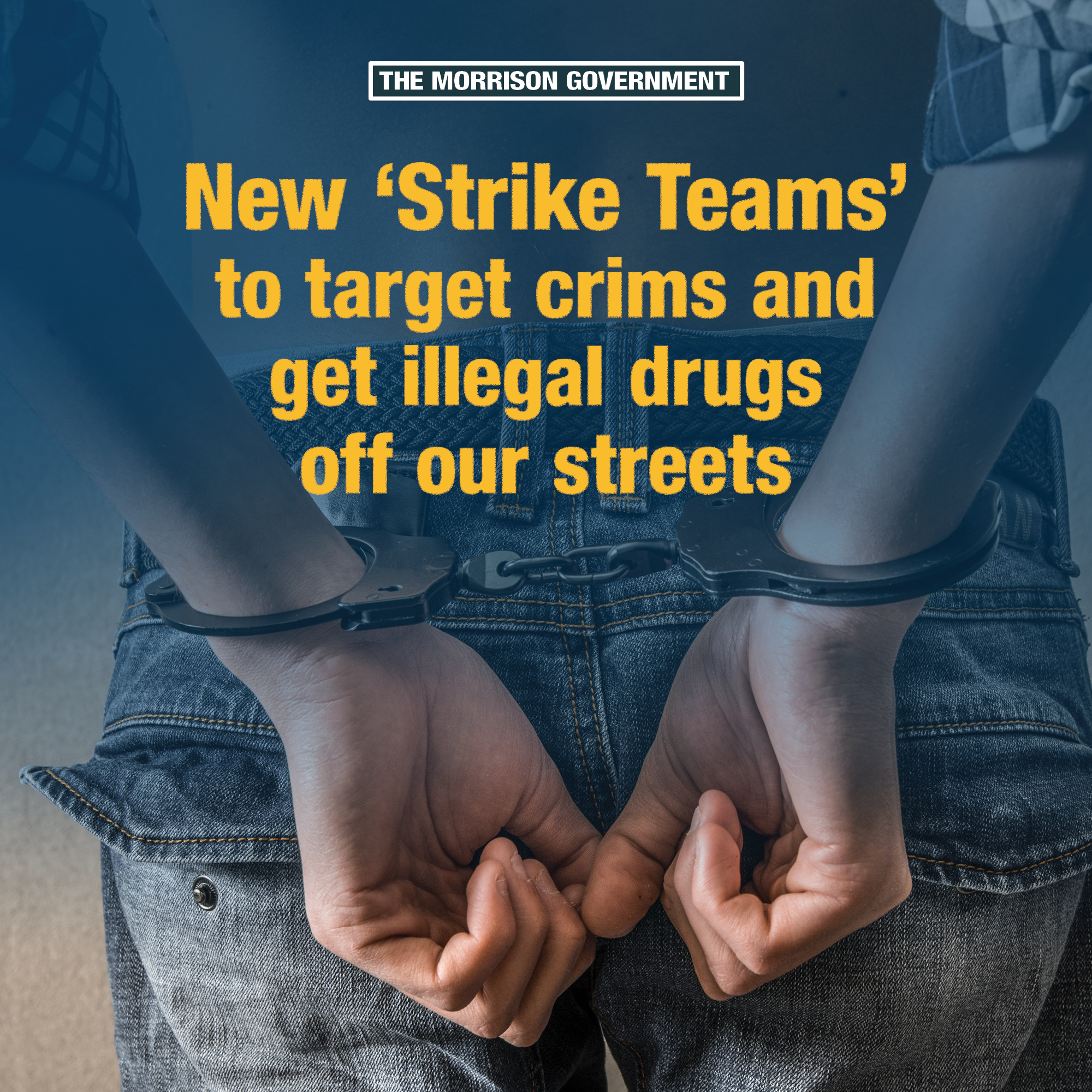 Federal Police have a new weapon in the fight on organised crime – with the Morrison Government funding new elite Strike Teams to target the criminals who bring drugs, weapons and violence into Australian communities.

“We’ve delivered new funding in the Budget so the Australian Federal Police (AFP) can get even more weapons and drugs off our streets and keep locals safe,” Mr Hamilton said.

“Community safety is a big issue for local residents.  When crime gets a hold in a community everyone suffers. Only the Morrison Government has a plan to tackle the scourge of drugs and a track record of making national security and community safety a priority.”

Home Affairs Minister Karen Andrews said the Strike Teams will use world-leading new powers provided by the Morrison Government to put high-risk mafia, triad, and other gang leaders behind bars

“New research has revealed that serious and organised crime costs hardworking taxpayers up to $60 billion a year,” Minister Andrews said.

“These Strike Teams will smash the criminal networks who import and manufacture illicit drugs, chemicals and firearms, and who launder their ill-gotten gains though law abiding communities.

“The Strike Teams will work hand-in-glove with the AFP’s Criminal Asset Confiscation Taskforce – which also received a $30 million boost in last week’s Federal Budget. Together, these initiatives will supercharge our ability to seize criminal assets, liquidate them, and invest the proceeds of crime back into local communities.”

Member for Groom Garth Hamilton said the new funding builds on the Morrison Government’s strong track record of supporting Australia’s police and law enforcement agencies and cracking down on drugs.

“Under the Morrison Government, the AFP’s funding has increased to $1.7 billion, and we’ve kept our border secure which has also led to record seizures of drugs,” Mr Hamilton said.

“We know what a devastating impact drug use can have on families and on individuals. And how violent criminals are a threat to our communities. That’s why we prioritise national security.”

“In contrast, when the Labor Party was last in office they stripped hundreds of millions of dollars out of our national security agencies and refused to deport serious criminals from Australia. And both Labor and the Greens continue to advocate for legalising dangerous hard drugs.”

Garth Hamilton said that national security and community safety were fundamental to the Morrison Government’s plan for a stronger future. The Strike Teams build on the achievement of last year’s Operation Ironside – which saw more than 350 offenders charged and over $55 million in assets seized.