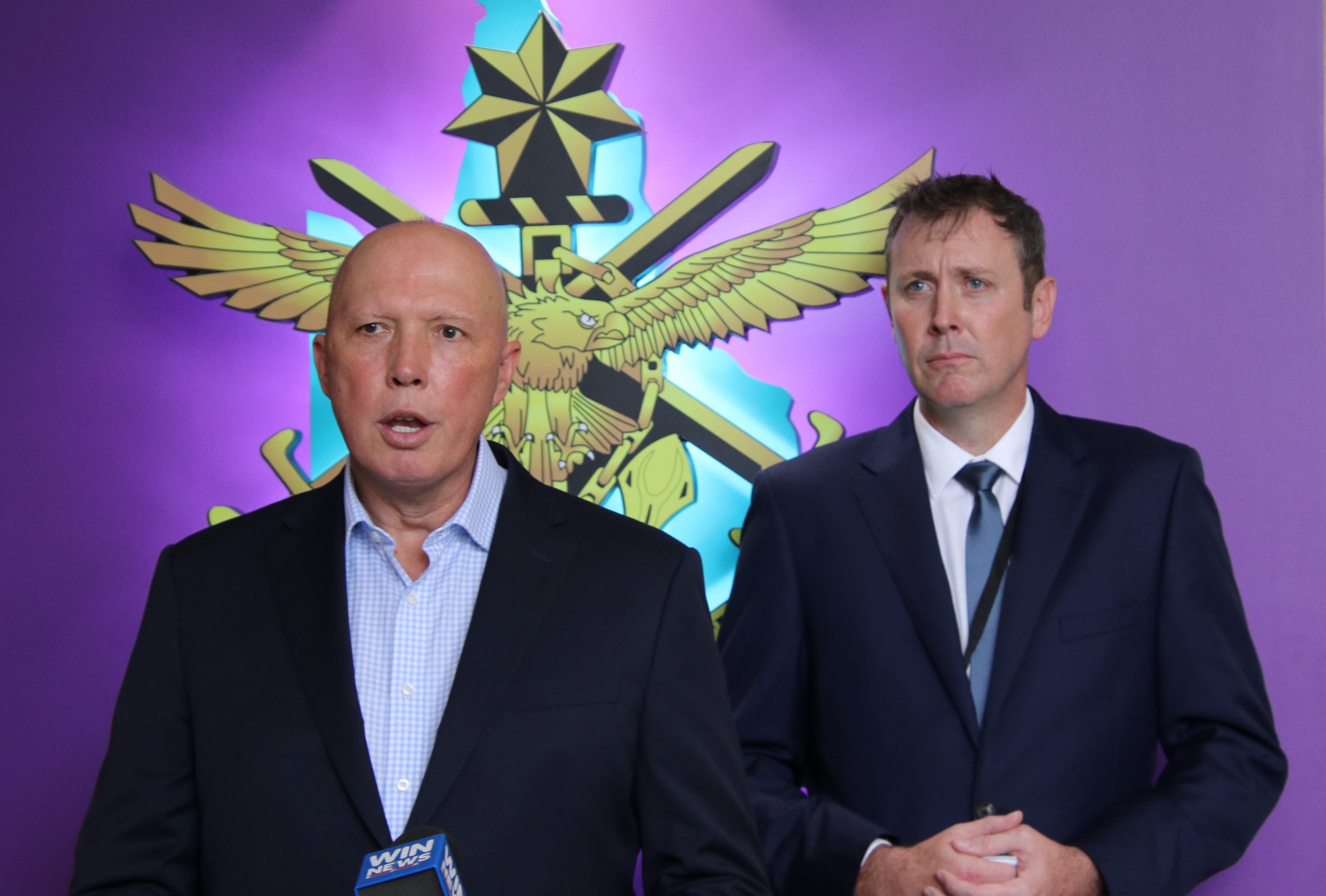 The town of Oakey in my electorate of Groom is a very proud garrison town. If you drive down the main street in the morning, you’ll see plenty of men and women in uniform dropping off their kids at school or shopping in the street before heading into the base some five minutes outside of town.

Just a few weeks ago I was speaking to the owner of Oakey’s Great Country Pies, Vicki Reeves, about the impact of this defence trade on the town. When the base closes for the Christmas break, there’s a noticeable drop in pie sales. Conversely, when there’s a big project going on at the base, like the construction of the new medical centre, the demand for these delicious baked goods peaks. I refer to this as the Oakey pie index or the OPI. It’s a fantastic measure of regional fiscal health. With the shop’s main customer base in Acland, and the Acland mine having closed recently, trade—particularly from those members of the Defence Force—is so important. That’s why attracting new investment and opportunities to the Oakey Army Aviation Centre is so important to me.

One of my key focuses as the member for Groom is that I want to see defence spending at Oakey double over the next decade, and I think we’re very well set for that. We’re located as a significant part of defence across Australia, with ample space to expand, perfect flying weather and a strong track record of being able to host our allies long term. We’ve seen a very successful partnership with the Republic of Singapore, which has chosen to have five Chinooks based at Oakey, and that number is soon to increase to 10. We frequently see these helicopters flying with our own in joint training exercises, and they recently flew in an emergency response capacity during the 2020 bushfires. Once again, I take the time to thank the Republic of Singapore for their support. This partnership also boosts our local supply chain, with the maintenance of these helicopters occurring on site. I strongly support the continuation of this program and would, in fact, like to see the opportunity for more allies to take up a similar residency. Certainly, there are extensive grounds for expansion out at the Oakey base. It’s wonderful to have seen the Singaporean base built by local contractors.

I was extremely heartened to see the minister’s personal interest in the base and its future during his visit last Wednesday. He came to officially open the new $18 million health centre I mentioned earlier. This new health facility brings together primary healthcare services, dental services, mental health care, physiotherapy, rehabilitation and pharmacy services on base to keep our people fit for life and fit for the fight, in the words of the minister at the time. It’s such an important investment to make in our people, and one of the things we can do as a government is to make sure we always provide the best services to our fighting men and women. It’s a significant boost and one that shows this government’s great faith in the people and the role that the army aviation centre plays.

The next big investment we need to see at Oakey is securing a new fleet of helicopters. The fast-tracked retirement of the MRH-90 Taipan and Tiger helicopters presents an opportunity for us in this regard. While these models are being phased out between 2025 and 2028, Australia will be taking delivery of new model Black Hawks, Foxtrot and Apache helicopters. Where better to base them than along General MacArthur’s old ‘Brisbane Line’? In fact, if you look at the old ‘Brisbane Line’, you’ll see it curves up to include Toowoomba, where the Bowenville bomber was, at the Oakey base. If it was good enough for MacArthur, it’s good enough for me. The ‘Brisbane Line’ was an acknowledgement of the advantages of having strong defences in South-East Queensland to protect against aggression from the north. A new fleet would also bring with it new maintenance and training opportunities, further expanding the significance and the role of the Oakey Army Aviation Centre. As the Groom MP, it’s my priority to ensure that in this period of change we do not take a backwards step. I want to make sure we capitalise on the situation and we grow at the Oakey Army Aviation Centre.

I know that my ambitions for the base are also supported by the work that the leadership at the centre has put in, and I’d like to highlight the contributions made by the former commandant of the base, Colonel Charlie Barton, who retired at the end of last year. I know that his replacement, Colonel David Lynch, brings a very steady pair of hands to continue guiding the base’s growth, and I appreciate very much his confidence and support in helping to further build those links with the Oakey community.

Perhaps reflective of my surprise coming here, I’ll end quickly by saying I think there’s a wonderful place for Oakey to play in Australia’s defence future.