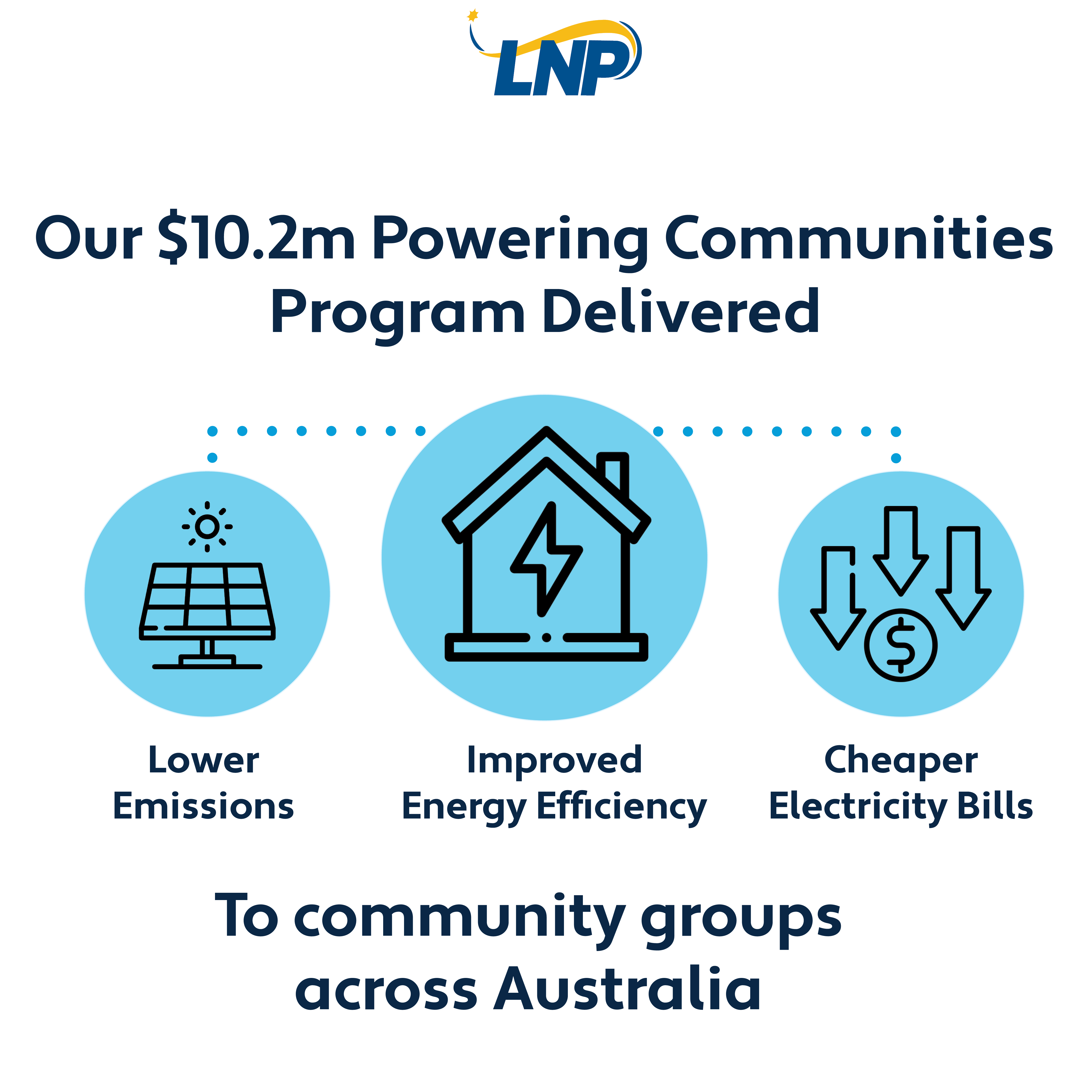 The Morrison Government is supporting community groups in the Toowoomba Region to help them increase energy efficiency and reduce emissions.

Locally, Multicap has received $12,000 for the solar panel installation at the Toowoomba Hub.

The grants from the Powering Communities Program will enable the not-for-profit groups to cut their power bills and carbon emissions while supporting local jobs.

Announcing the grant outcomes today, Minister for Industry, Energy and Emissions Reduction Angus Taylor said that lowering the energy costs of community groups would have positive effects both locally and nationally.

“This funding of between $5,000 and $12,000 to community groups from all the 151 federal electorates of Australia will allow them to spend more on their essential activities,” Minister Taylor said.

“At the same time as these groups are providing increased assistance to their local communities, they will be playing a part in our national efforts to reduce emissions.

“Local jobs will be created through the energy-efficiency measures undertaken by the successful funding applicants under the program.

“These include installing solar panels or a battery, replacing lighting with LEDs, conducting an energy audit and upgrading air conditioners, hot water systems or a refrigerator with more efficient models.

Assistant Minister to the Minister for Industry, Energy and Emissions Reduction Tim Wilson said that the grants are part of the Morrison Government’s commitment to increase the nation’s energy efficiency while meeting and beating our emissions reduction targets.

“The Morrison Government is focused on empowering community groups, businesses and households to be part of our journey to carbon neutrality,” Assistant Minister Wilson said.

“Unlike Labor’s tax-first approach, our focus on technology is helping to lower Australia’s emissions, while also reducing electricity bills.”

“Energy bills are often one of the biggest overheads for volunteer organisations, and these grants will be a welcome boost,” Mr Hamilton said.

Applications for grants under the program opened in March 2021. Each Federal MP, with the assistance of a committee representing the local community, nominated projects and invited groups to apply for the grant funding.

The Department of Industry, Science, Energy and Resources selected the successful applicants after considering them for eligibility and completeness.