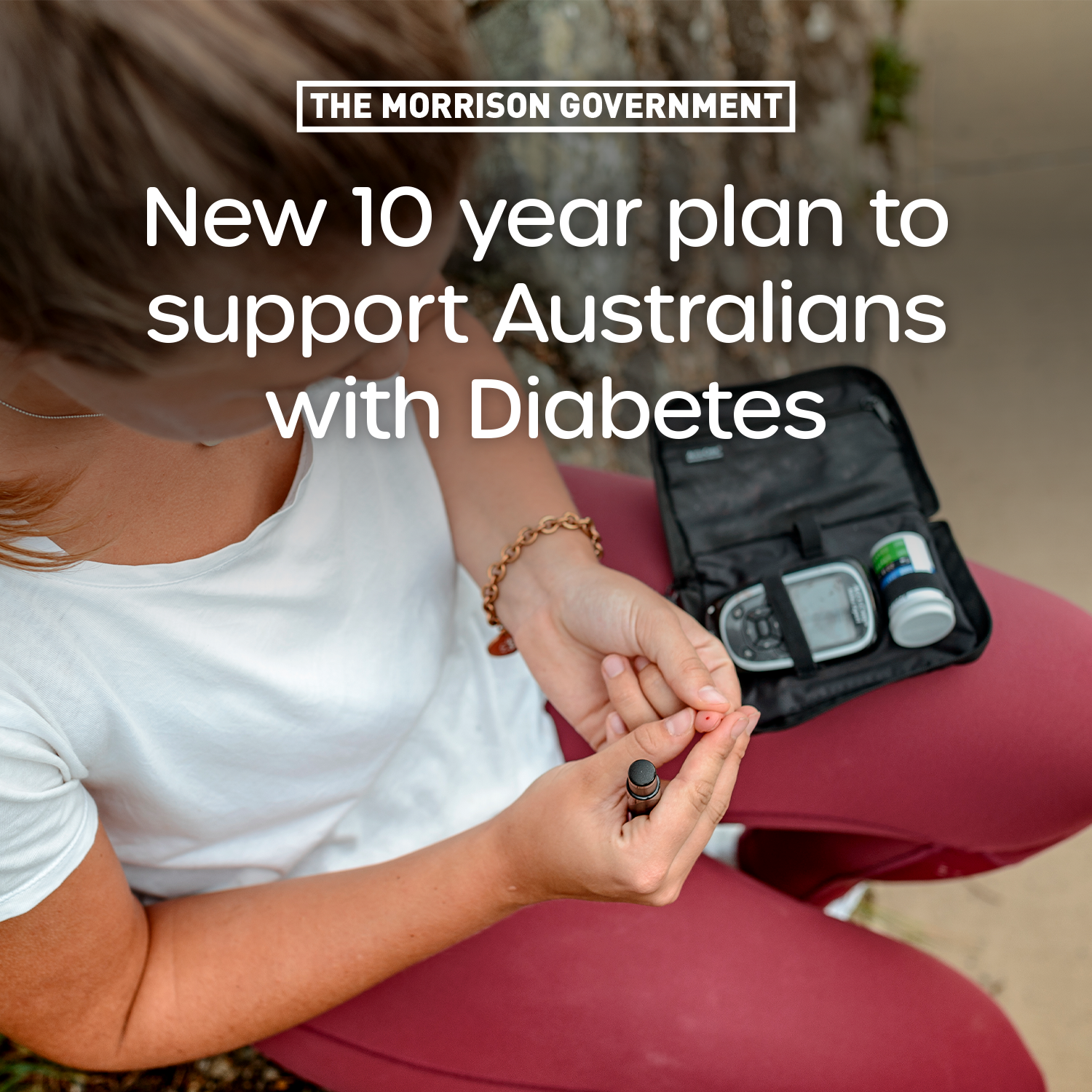 The Morrison Government has marked World Diabetes Day by releasing a new 10-year plan to better support Australians in the Toowoomba Region living with all forms of diabetes.

The Australian National Diabetes Strategy 2021–2030 will drive real improvements in the prevention, early detection, management, and care of people with diabetes.

Federal Member for Groom Garth Hamilton said with approximately one in 20 Australians affected by diabetes, the new strategy will bring together the latest research and evidence to ensure our health response continues to adapt to the changing health environment.

“The Strategy will help support all Australians living with diabetes, including in Toowoomba Region,” Mr Hamilton said.

“Updated to include information relevant to the COVID-19 pandemic and living in a COVID safe manner, the Strategy will also provide guidance and support to help Australians diabetes self-management.”

The Strategy also features specific details and actions for priority population groups, including Aboriginal and Torres Strait Islander people, those from culturally and linguistically diverse backgrounds, and expectant mothers.

Minister for Health and Aged Care, Greg Hunt, said the theme for this year’s World Diabetes Day is Access to Diabetes Care: If Not Now, When? highlighting the ongoing care and support people with diabetes require to manage their condition and avoid complications.

“This year also marks 100 years since the discovery of insulin, a medical breakthrough that has saved the lives of millions over the last century,” Minister Hunt said.

“The Morrison Government is committed to ensuring Australians with diabetes can continue to access the treatments and support they need, when they need it.”

In just 12 months, the number of Australians with diabetes registered with the National Diabetes Services Scheme increased by more than 120,000 people, climbing to around 1.4 million in June 2021.

The Morrison Government provides funding to support people with diabetes through the National Diabetes Services Scheme (NDSS) which includes programs such as KeepSight, Diabetes in Schools, FootForward and MyDesmond; the Pharmaceutical Benefits Scheme (PBS), the Continuous Glucose Monitoring (CGM) initiative, and research funding.

In 2020–21, the NDSS delivered more than 5.9 million diabetes products worth more than $186 million, and more than $709 million in medicines were dispensed under the PBS. Our Government has also invested more than $300 million in the CGM initiative over four years.