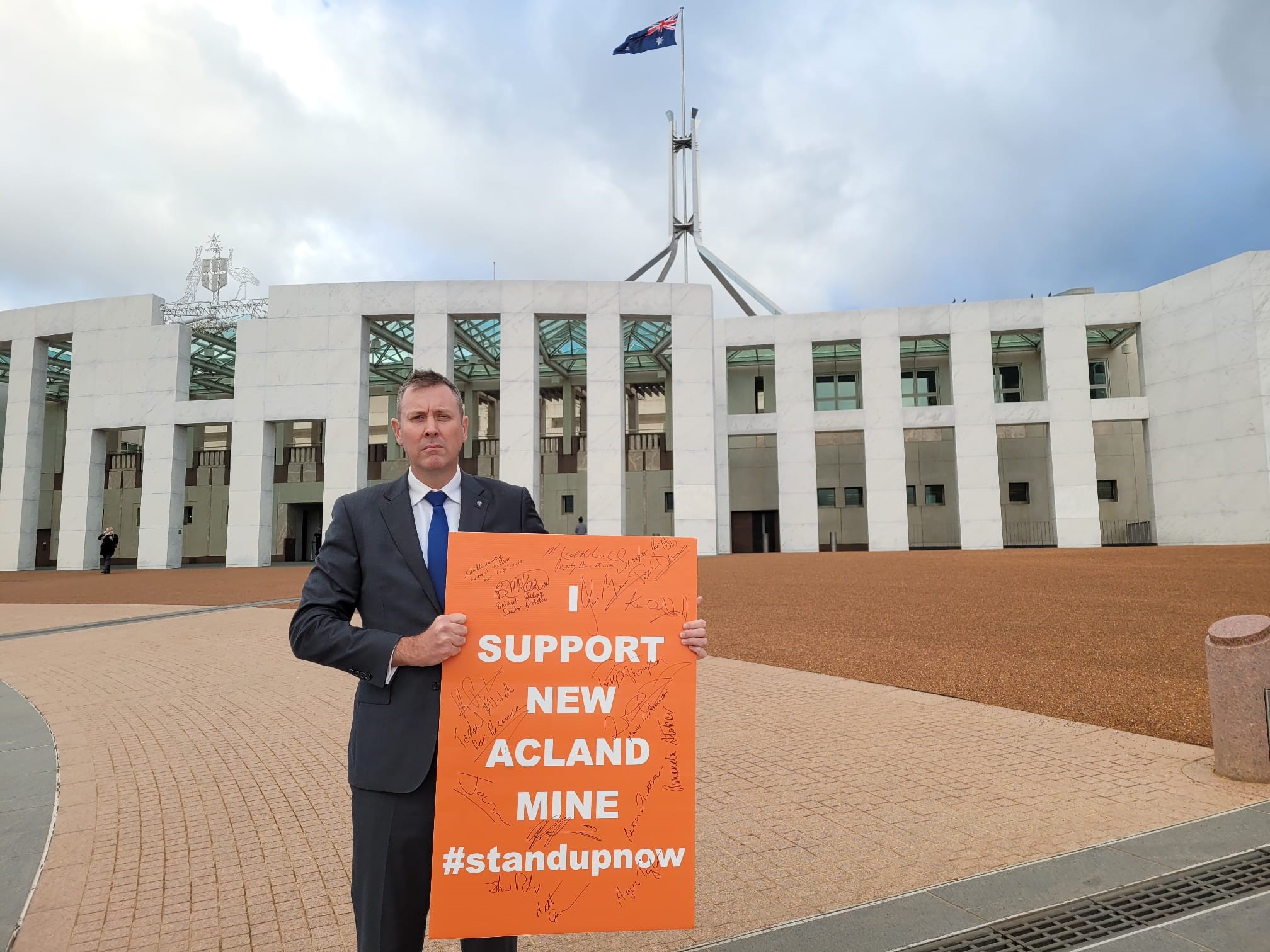 The true cost of The Greens’ reckless proposal to put a moratorium on mining, coal, gas and oil is staggering – a moratorium that Anthony Albanese will need to indulge on the other side of the election, if he wants to form a government.

As part of their deal with Labor, The Greens are demanding an immediate halt to more than 100 major resources projects across Australia.

Member for Groom Garth Hamilton said Queensland Labor has already shown that they cannot be trusted on coal mining through the constant road blocks to New Acland Coal Mine.

“The situation that faces New Acland shouldn’t just worry those involved in this mine, but the industry more broadly,” Mr Hamilton said.

“A Labor-Greens alliance would put hundreds of Queensland resources projects at risk.

“The Queensland economy would face a devastating blow, with the loss of more than 52,000 jobs, and $85 billion of investment – that’s what you risk if you vote for Labor or The Greens.

“These are projects that will create many thousands of jobs for regional Australians and generate billions for local economies, essential for our economic recovery.”

Resources Minister Keith Pitt said that in the last year, coal and gas have contributed to $35 billion in taxes and royalties to state, territory and federal governments to help fund the services all Australians rely on.

“Adam Bandt and Anthony Albanese have to explain to Australians which services they’ll cut when those taxes and royalties are slashed under the Labor-Green Alliance deal,” Minister Pitt said.

“Which pensioners will lose, which hospitals will see funding cut and which schools will they close? That’s what Labor and The Greens must reveal.”

“Combined they contributed close to $43 billion in the three months to December last year, which was around 150 per cent higher than the same period in 2020.

“At a time when Australia needs it most, it’s estimated the resources and energy sector will contribute a record $379 billion in export revenue this financial year.”